The Belgian Brain Council and partners invite all to join the competition with the aim to increase awareness about brain research and brain disorders and to fund a medico-social project for persons living with a brain condition.

All details are below:

The 3rd Academy of National Brain Councils was held again in Brussels this year, kicking off with the Meeting of the MEP Interest Group on Brain, Mind and Pain, and the Interest Group on Mental Health, Well-being and Brain Disorders Value of Treatment Parliamentary launch event on Early Intervention.

Representatives from 10 countries with established or upcoming NBCs attended to share their work, brainstorm together and learn from guest speakers. The guest speakers included:

Each NBC had a chance to present their ambitious work, experience, successes, strategies & paths toward establishing National Brain Plans within their individual countries.

Nearly 30 countries have formed, or are in the process of forming, National Brain Councils and National Action Groups which are independent but aligned with the main goals of the EBC. Learn more about existing NBCs HERE and explore the new NBCs toolkit

The Belgian Brain Council  will be having its General Assembly on 17th June 2017, with appointment of new President, new Secretary General, and new Pharma Industry delegate.

On the occasion of International Parkinson’s Day, 11 April 2017, the Belgian Brain Council released their National Brain Plan: A four paged document detailing the setting up of a Belgian National Brain Plan. The document states the importance of Brain Research as a guarantee of better quality of life and stressed the aim to reduce the burden of Brain disorders in terms of costs and impact/prevalence throughout society. The Belgian Brain Council presents itself as a unique platform gathering associations and societies working together to achieve these goals. For more than ten years, BBC has been organising various events on local/regional/national and European level in the movement of the European Brain Council. BBC is one of the most active National Brain Councils created within the movement of EBC, especially in coordinating the Brain Awareness Week and organising events to raise awareness among general public. BBC also takes part in EBC’s research project, “The Value of Treatment for Brain Disorders” (VoT). The Belgian Brain Council’s document concludes with a focus on the specific situation in Belgium towards Brain Research which is highlighted as poor in relation to public financing.

The goals of the National Brain Plan are:

The full document can be read here.

The BBC’s March 2017 Newsletter can be read here. 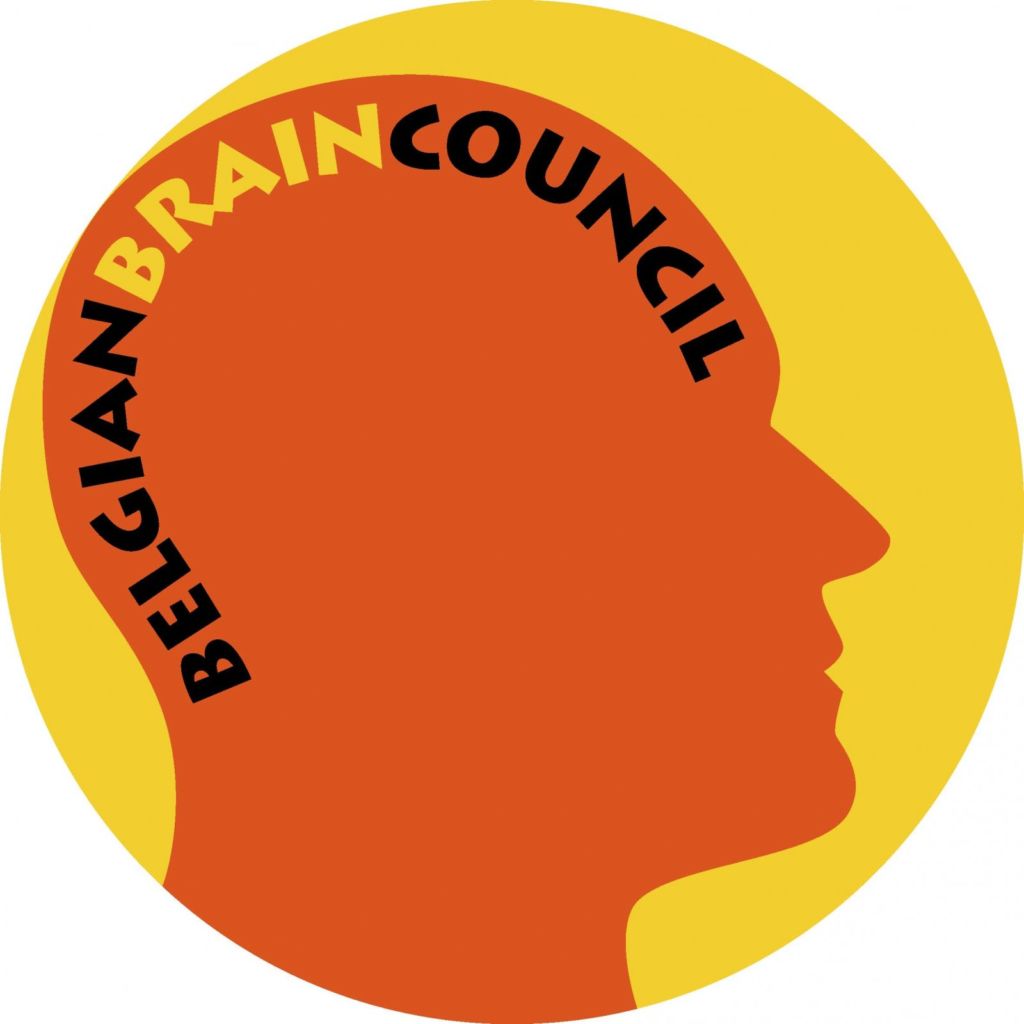 What is Brain Awareness Week?

Brain Awareness Week unites the efforts of partner organizations from around the world in a week-long celebration of the brain every March. Partners organize creative and innovative activities in their communities to educate and excite people of all ages about the brain and the promise of brain research.

Brain Awareness Week was founded in 1996 by the Dana Alliance for Brain Initiatives. EBC partner, The Federation of European Neuroscience Societies (FENS) joined the celebrations in 2006, administering the grants that the Dana Foundation reserves for participating European organisations.

“Now in its 22nd year, Brain Awareness Week continues to flourish because of participation of partners from around the globe, like FENS, and their commitment to educating the public about the importance of brain research and its critical role in helping people lead healthier, more productive lives.” – Edward Rover, Chairman, The Dana Foundation & The European Dana Alliance.

Find out about Brain Awareness Week in France here.

As part of Brain Awareness Week, EBC, in collaboration with The Dana Foundation, The Belgian Brain Council, The European Psychiatric Association (EPA) and The Federation of European Neuroscience Societies (FENS), organized an outreach event at the European Parliament, Strasbourg on 16 March 2017. The title of the event “Expanding Brain Research in Europe:  A societal Need?” was in parallel to the Lunch debate organized in Brussels on 14 March 2017. The goal of the event was to target MEPs and other decision makers interested in the fields of health, research and innovation. The event was hosted by MEP Anne Sander and MEP Momchil Nekov 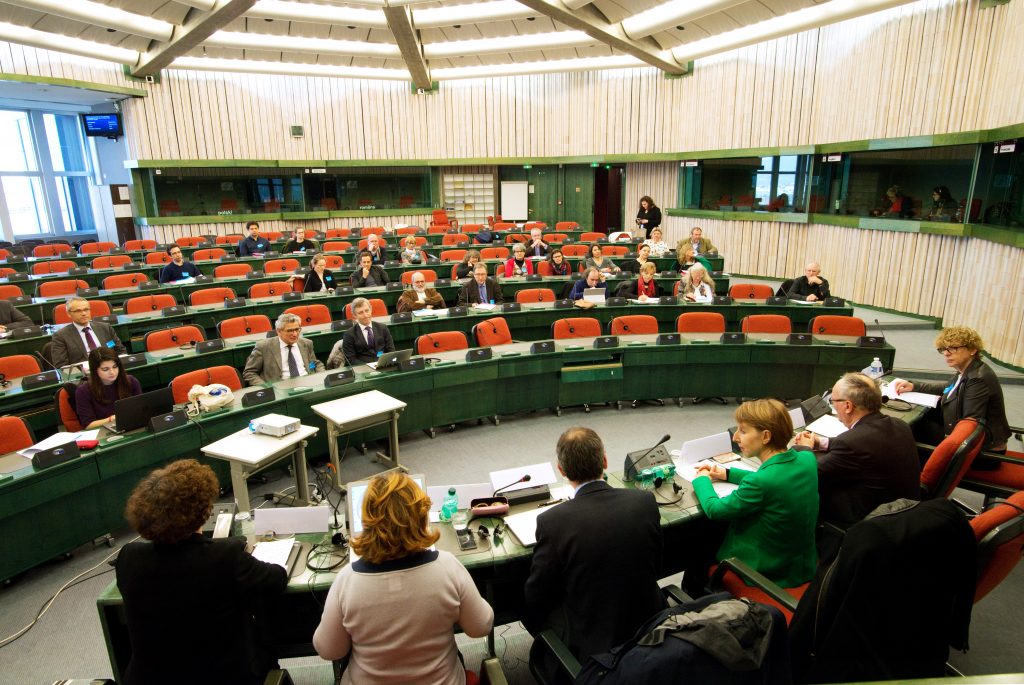 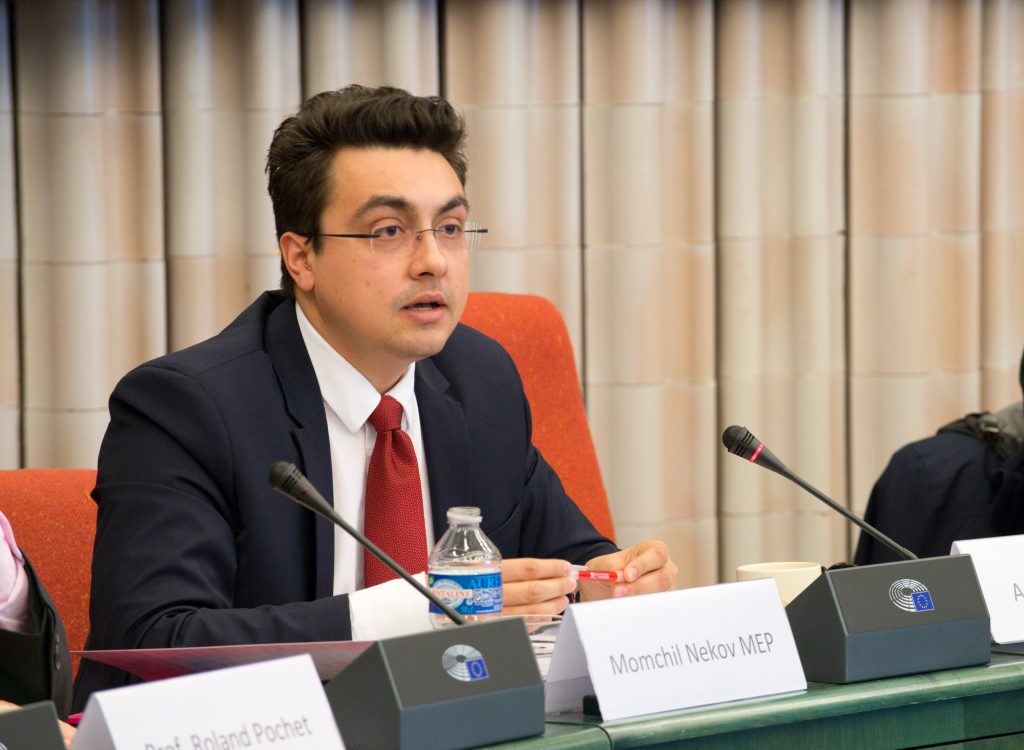 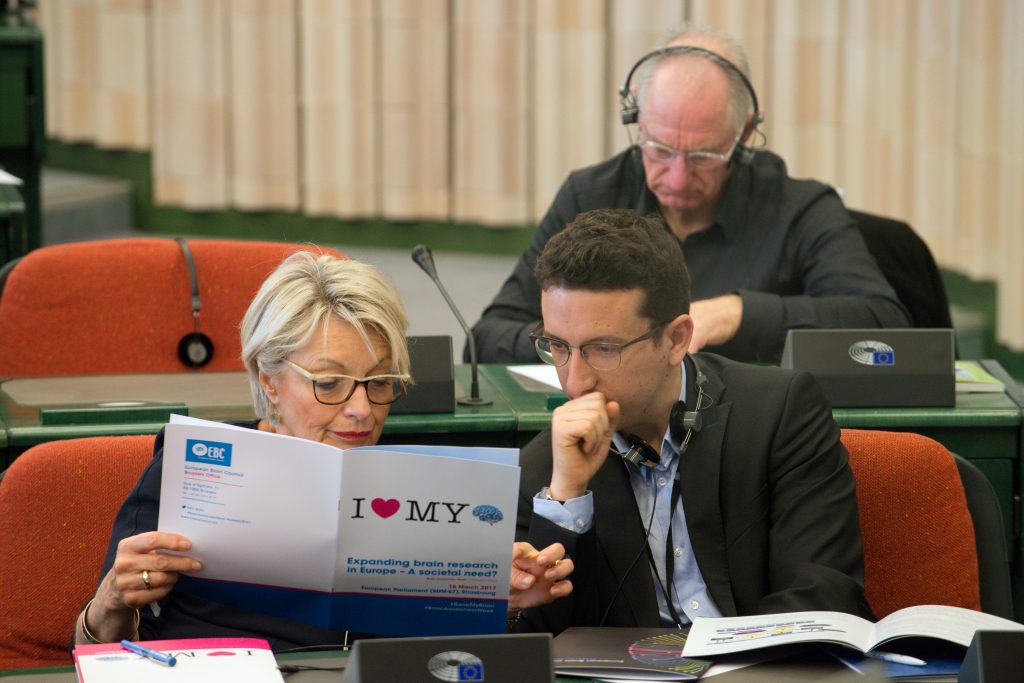 The event at Strasbourg consisted of three presentations given by guest speakers: Monica DiLuca, Professor of Pharmacology at the University of Milano and Vice President of EBC,  Marion Leboyer, M.D., Ph.D. is currently Professor of Psychiatry at the University of Paris Est (UPEC) in France and Anne Little,  President of The European Federation of Neurological Associations (EFNA) and Executive Director of The International Bureau for Epilepsy.

The event was highly successful, with a good showing of policymakers, researchers and the general public who openly interacted with each other and the speakers during the hour of open discussion following the presentations.

The abstracts of each presentation are below:

Monica DiLuca – Brain Research in Europe: Our Challenge for the Future

Brain diseases represent a considerable social and economic burden in Europe. With yearly costs of about 800 billion euros and an estimated 179 million people afflicted in 2010, brain diseases are an unquestionable emergency and a grand challenge for neuroscientists. Considering the costs of brain diseases for the European society, and considering that these costs will increase considerably in the coming years due to the ageing European population, one way of curbing this increase and possibly decreasing the costs is via intensified research. Thus, strong basic research in neuroscience and the development of a strong European platform for neuroscience is needed to face brain diseases, which nowadays represent a societal emergency in European countries. 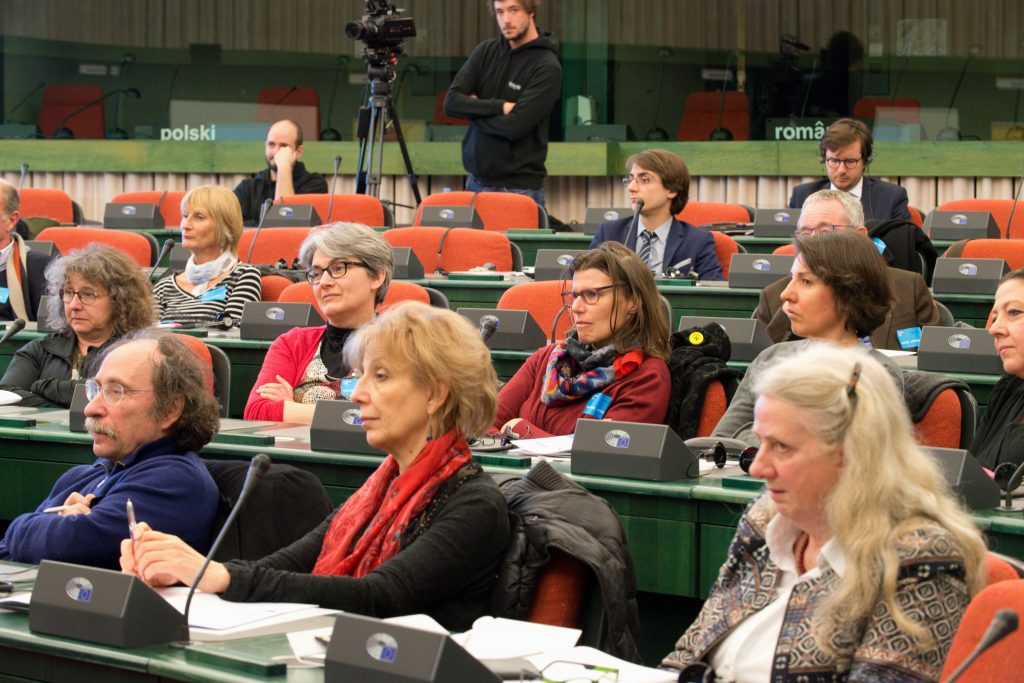 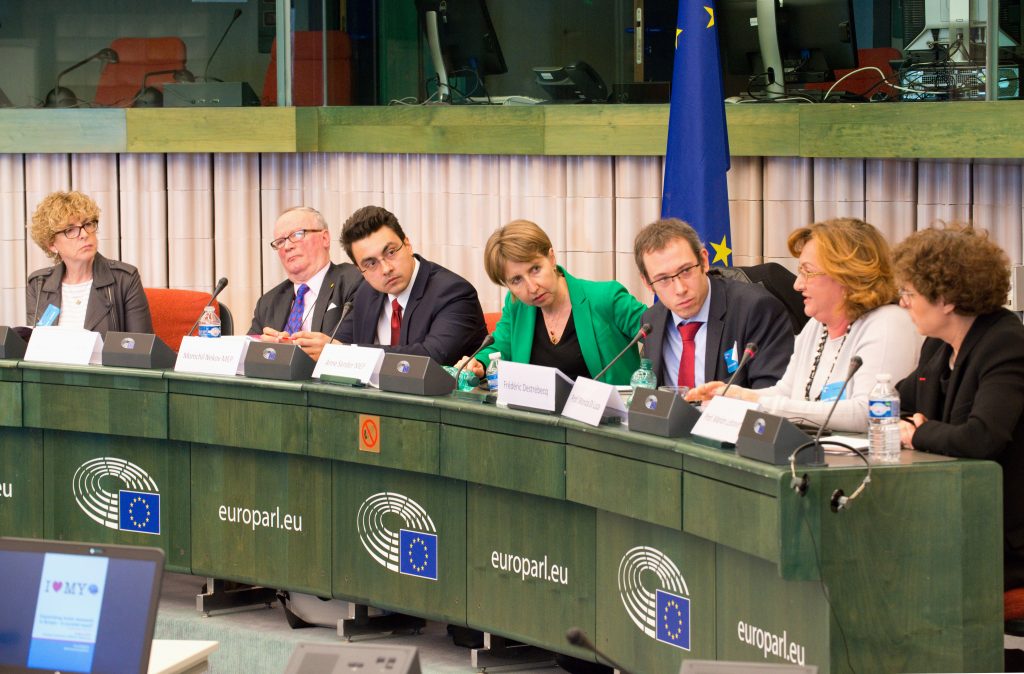 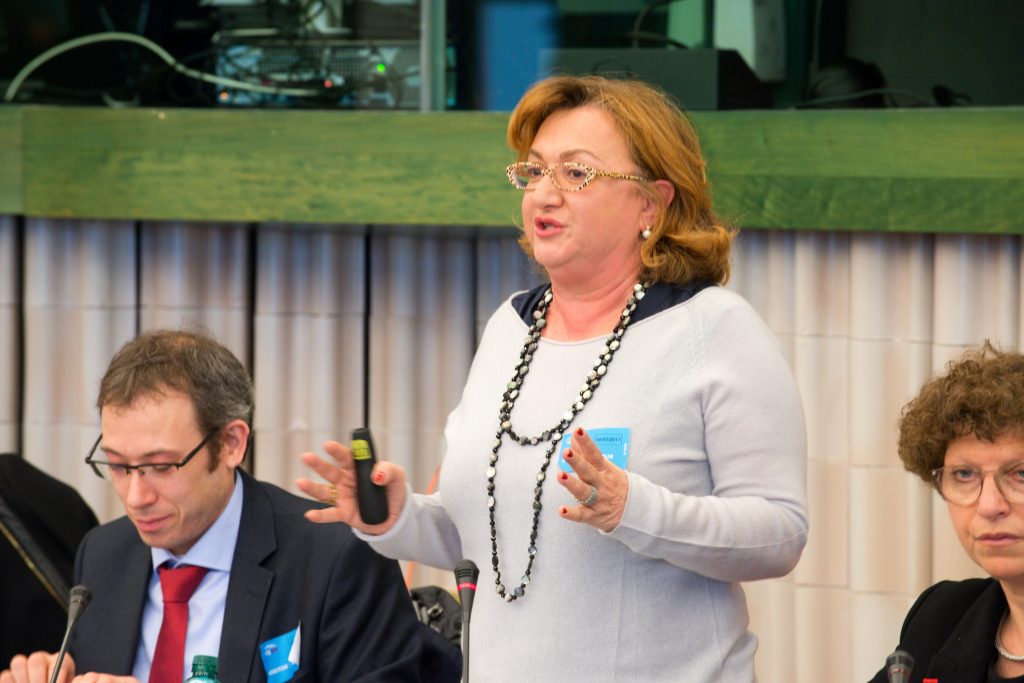 Ann Little— Putting neurology patients at the heart of research

Patients should be involved in helping to shape priorities for research that is ultimately carried out for their benefit. A growing body of evidence suggests that involving patients in research improves the relevance, quality and speed of that research. Furthermore, including patients as top level priorities in order to close the gap between what researchers want to research and what patients want researching is likely to be beneficial for all research.

The Value of Treatment project initiated by the European Brain Council is one excellent example of patient participation in research. The project addresses the burden of disease and the issues in the current healthcare system, and proposes evidence-based and cost-effective solutions to achieve high value for patients. By describing (“mapping”) the patient journey in full detail (by both patients and health care professionals), treatment gaps have been identified which will be addressed in the policy recommendations resulting from this project.

Mental disorders represent the single greatest economic and social burden on European society. The cost of mental disorders (excluding dementia and other organic brain disorders) in 2010 was estimated at €461 billion. This is the lowest current estimate for this figure, as it does not take into account the large additional costs associated with having co-occurring mental and physical disorders.

With sufficient investment, mental health research could address the burdens in Europe, especially through research on prevention of mental disorders in young or at-risk populations, on improvement of understanding of causes, on developing new tools for diagnosis and innovative therapeutic strategies, thus promoting positive mental health in the general population. Such approaches have been advocated by the European Parliament and the European Commission, and Prof. Leboyer will outline the most pressing mental health research that takes advantage of Europe’s infrastructure and research strengths, including the EU ROAMER project.

On the evening before the outreach event, 15 March, a networking cocktail reception was also held by EBC member, The European Psychiatric Association (EPA) at their Strasbourg Headquarters. 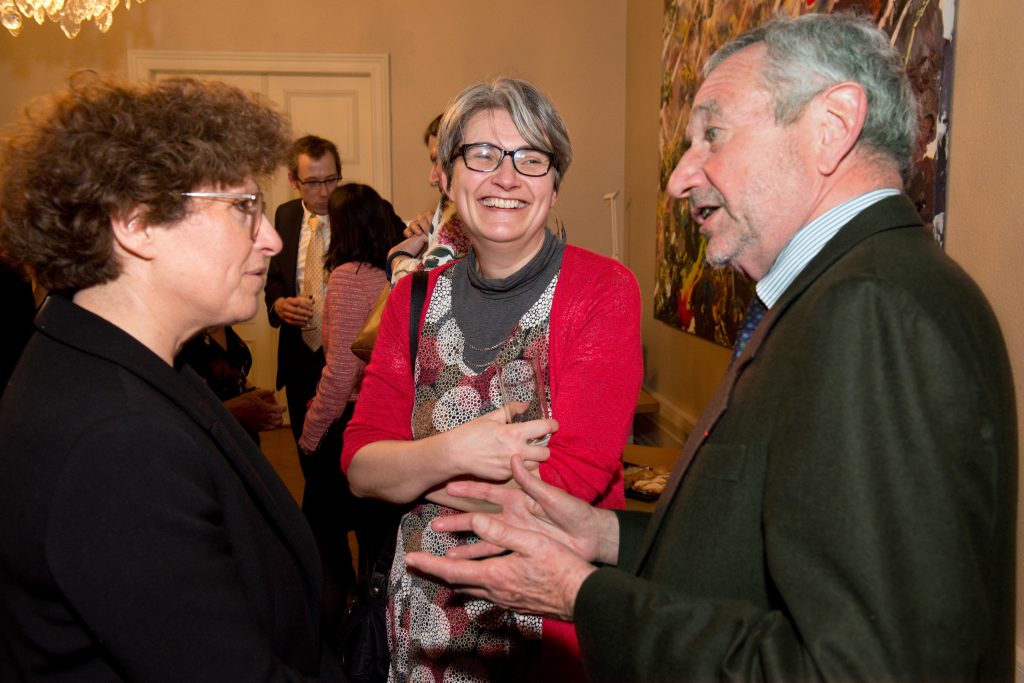 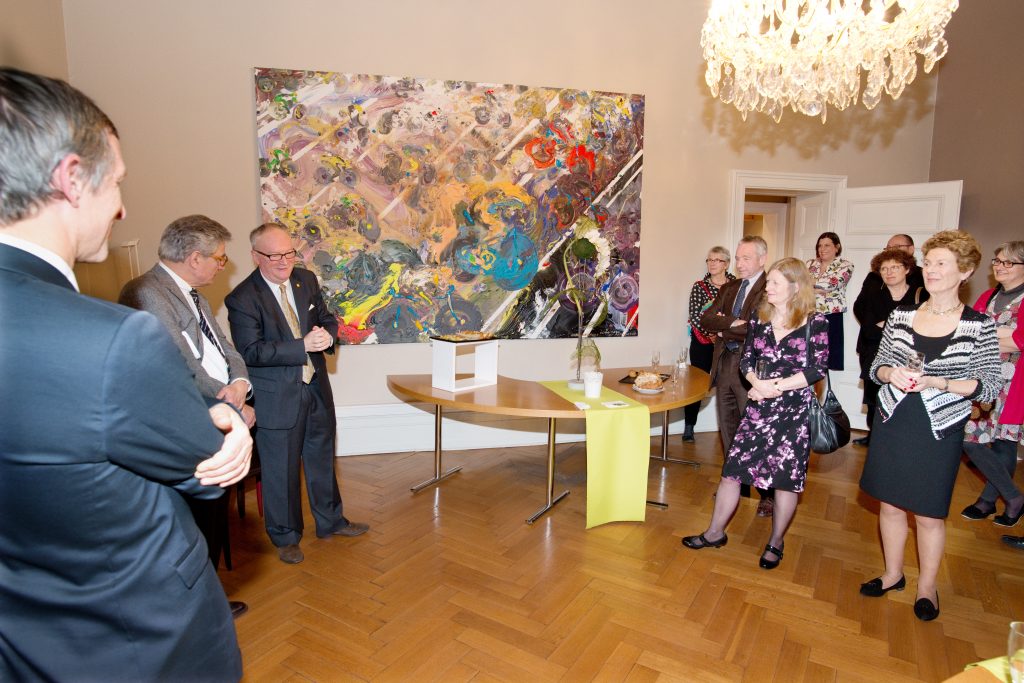 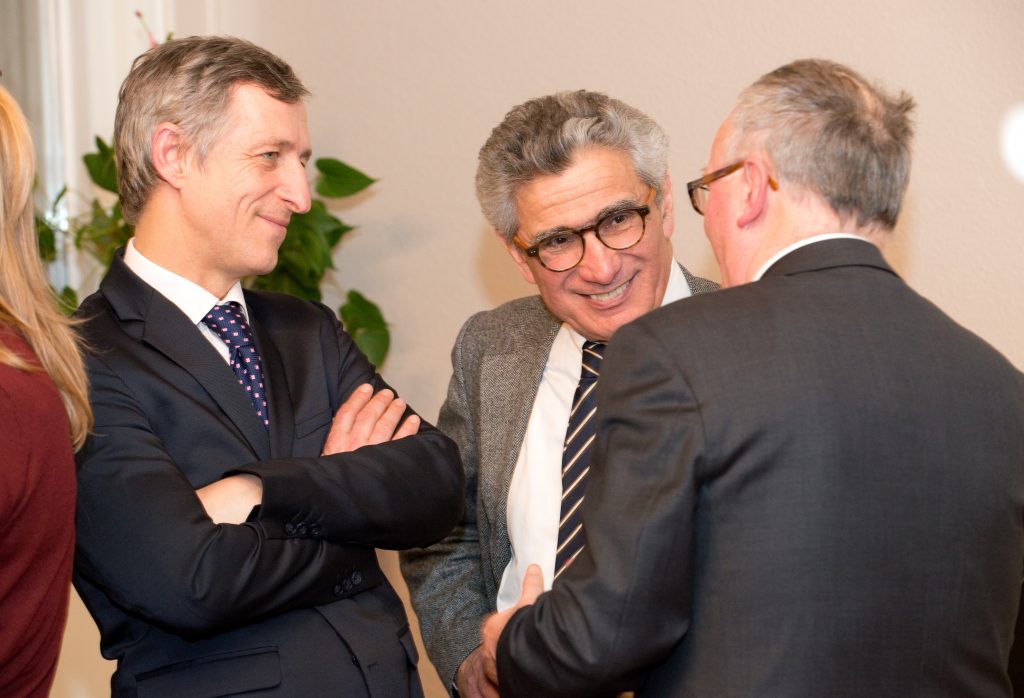 A video containing the highlights of the event can be found on the EBC Youtube channel, and shared below: