Year of the Brain: How to reduce the burden of depression in the workplace 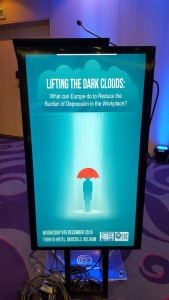 The European Brain Council (EBC) concluded its Year of the Brain campaign with a multi-stakeholder conference titled ‘Lifting the Dark Clouds: What can Europe do to Reduce the Burden of Depression in the Workplace’.

The event was organised on 9 December in Brussels, Belgium, and was attended by key representatives of patient organisations, European Union (EU) institutions, academia and pharmaceutical industry.

EBC Past President Mary Baker kicked off the Conference by drawing attention to the fact that ‘very shortly, the biggest worldwide disease will be depression’.

“We now know that one in ten people across Europe will have a bout of depression in their lifetime”, said the former EBC President.

The burden of depression

“Stigma is a problem – at workplace, at home, everywhere.  Half of those affected by depression are not treated. Women are more vulnerable”, added Prof. Ivbijaro.

Norman Sartorius, the former Director for Mental Health of the World Health Organisation (WHO) mentioned that one paradox of depression is ‘doing better but feeling worse’.

“The presence of depressive disorders increases the probability of falling ill with other diseases”, he also stressed. 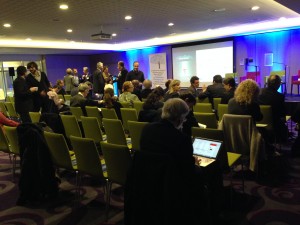 Multi and co-morbidity, Mr Sartorius added, can be the cause of increased mortality:  “Up to 85 percent of people with various forms of cancer can also have depression. People die about four times more frequently if they have a physical as well as mental illness.”

Depression advocate and charity worker Amelia Mustapha warned that depression is already the most prevalent health problem in many EU countries. She quoted a European Depression Association (EDA) survey indicating the impact that this condition has in the workplace:

“The survey showed that 20 percent of people working in Europe have received a diagnosis of depression. There are productivity losses, and those affected need to take one month off work on average.”

David Kinder was diagnosed with depression twice and, after overcoming the condition, has become an advocate. He shared this personal experience at the Conference:

“I had experienced severe anxiety and low confidence at work, lack of sleep and appetite at home. When I received the diagnosis it was the lowest point of my life, but it also helped me do things differently. I started setting clear objectives, organising myself better and getting medication.” 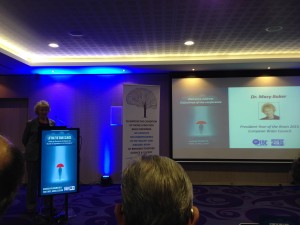 A number of possible solutions were discussed at the Conference during two expert panels.

Mary Baker set the scene by urging all stakeholders to ‘break the silo mentality and work together in an inclusive way’ to overcome the challenges of depression. Ms Baker’s solution:

“If you want to encourage the productivity at work, ensure the health of your workforce.“

Panellist Stephen Bevan, representing The Work Foundation, said that ‘ensuring a working environment which favours socialising as well as psychological development can be just as efficient as employing costly occupational services’.

Panellist Paul Arteel, the Director of the Global Alliance of Mental Illness Advocacy Networks (GAMIAN) was of the opinion that any solutions should include patient organisations and trade unions. Mr Arteel identified the biggest challenge:

“The biggest barrier for people with depression at the workplace is stigma. This is why the first thing to do would be to educate employers.”

Panellist Jurgen Scheftlein, Policy Officer for Mental Health and Wellbeing at the European Commission’s DG Sante directorate, said the improving the quality of life should be a priority:

“Taking care of mental health and recognising the importance of the brain is to the advantage of all society. This is why we have to work towards meeting policy, societal and economical objectives of the European Union.” 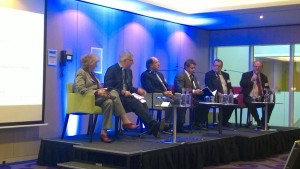 The suggestion of social scientist Robert Madelin, also representing the European Commission, can be used as a good conclusion to the Conference: involve the wider society.

“As the research agenda grows we have to go back out into every field of practice and make sure society is becoming more aware on what it needs to do to improve cognitive wellbeing.”