The Value of Early Intervention in Brain, Mind and Pain Conditions event – 12 July 2017 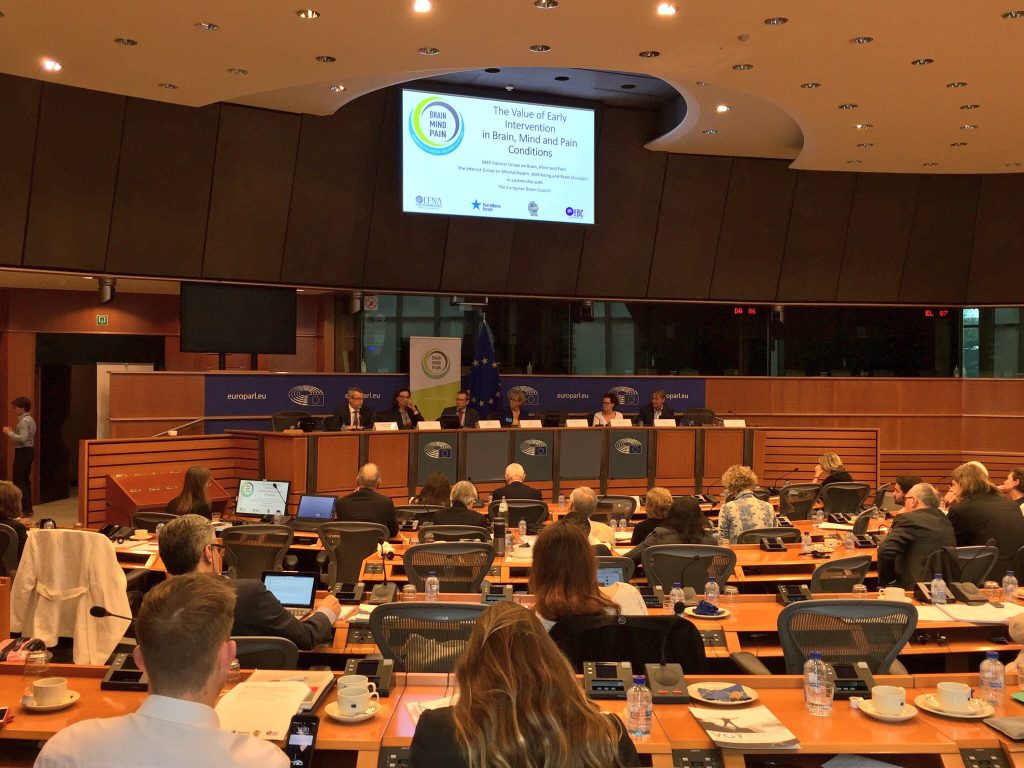 On 12 July 2017, the meeting of the MEP Interest Group on Brain, Mind and Pain, and the Interest Group on Mental Health, Well-being and Brain Disorders took place in the European Parliament (Brussels) in partnership with EBC. The event was hosted by MEPs Jana Žitňanská, Marian Harkin, Michał Boni and Marek Plura.

The well-attended and fruitful event was held under the title “The Value of Early Intervention in Brain, Mind and Pain Conditions”,  and included two panel discussions:

The second panel, chaired by Ann Little, President of the European Federation of Neurological Associations (EFNA), focused on the possible next steps in the Value of Treatment project – exploring the application of the developed methodology to other disease areas e.g. rare diseases or chronic pain, as well as a future focus on interventions such as rehabilitation.

Before the panels concluded with a Q&A from the audience, Guest speaker Stephane Hogan, Head of Neuroscience, DG Research & Innovation gave his report on the work of the Commission and the continued support and dedication to brain research.