The European Brain Council (EBC) and its partners are building momentum towards a potential European Population Neuroscience Strategy (EPNS) which would go a long way to understanding the predispositions to mental illness.

The implications and possible implementation of such a strategy were debated in a workshop organised on 20 November, in Brussels, Belgium. Professors, researchers, representatives of EU institutions and patient advocates all contributed to a constructive first EPNS meeting. The event was co-organised by EBC and creoDK. 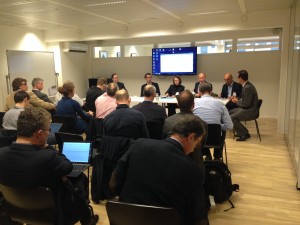 Prof. Thomas Werge from the University of Copenhagen provided the first insight into the rationale behind the EPNS initiative:
“165 million Europeans will be affected by brain disorders during their lifetime. How can we change the course of an individual through life so that we can avoid such disorders? By developing population neuroscience. The time is right!”

A possible outcome of EPNS would be “predicting and shifting trajectories towards healthy ageing”, according to Prof. Werge.

“Let’s have an EU neuroscience strategy focused on the full potential benefits. So highlighting ‘good things’ rather than ‘bad things’. The goal should be to have a thriving and not just normal society.”

Dr. Thomas Paus from the University of Toronto mentioned that the focus should be on putting together “exciting, high-quality and easy to access data”.

Dr. Daniel Pasini from the European Commission’s DG Connect indicated the Human Brain Project as an example of building an important facility for EU neuroscience research. He said EPNS should focus on multidisciplinarity:
“We need multiple approaches in EU neuroscience: health, demographic change and wellbeing.”

How to implement EPNS? 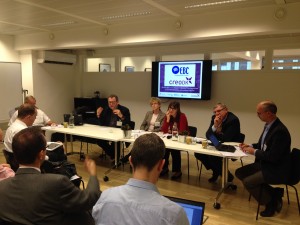 Multidisciplinarity was again the key concept suggested. Dr. Amalia Irina Vlad from the European Commission’s DG Connect explained why:
“Personalisation, prevention, quality of life, integrating care – all have to couple neuroscience with social sciences if an EU neuroscience strategy is to be successful.”

Patient advocate Paul Arteel from GAMIAN Europe stressed the importance of patient involvement:
“Patients have to become active partners in research and need to also be involved in results dissemination.”

A similar message was conveyed by patient advocate Ann Little from the European Federation of Neurological Associations (EFNA). She put the focus on data:
“Big data is very important for patients so data collection has to be made secure.” 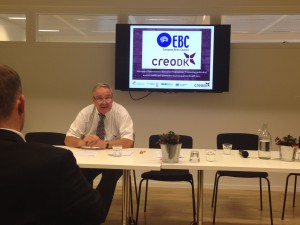 EBC’s President Prof. David Nutt was able to draw positive conclusions from the EPNS workshop:
“The European Population Neuroscience strategy is a project that spans the whole of human life, from genome to brain. Europe has the skills and infrastructure to implement it.”

The next step – announced EBC’s President – is to draft and share an EPNS discussion document in the first quarter of 2016.