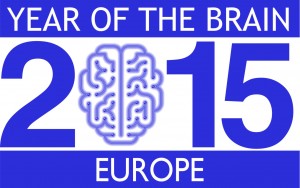 As the year finishes, the European Brain Council takes up the opportunity to look back and assess some of its most successful recent initiatives. High among them was the Year of the Brain (YotB) campaign.

The YotB aimed to promote the importance of brain research, raise awareness of the challenges faced by those living with a brain condition, foster education across Europe and beyond, and many more. The campaign brought together key representatives of patient organisations, European Union (EU) institutions, academia and pharmaceutical industry, caregivers, patient groups, those affected by brain disorders, healthcare professionals and educators. The European Brain Council (EBC) concluded its Year of the Brain campaign with a multi-stakeholder conference titled “‘Lifting the Dark Clouds: What can Europe do to Reduce the Burden of Depression in the Workplace”’, which took place on 9th December 2015 in Brussels.

The campaign also gained a great deal of support and attracted thought leaders and lead experts to become the Ambassadors of the campaign. All Ambassadors contributed decisively to our efforts to raise awareness on the brain and its disorders across Europe. On this account, the EBC would like to take up this opportunity to express its most sincere appreciation of the valuable contribution throughout the YotB campaign, and has proposed to all YotB Ambassadors to extend their role as Ambassadors of EBC for the years to come.

For 2016 and beyond, EBC plans to run a range of ambitious projects focused around some of the most pressing priorities for its constituency such as the development of a European and national brain strategies, an EU-wide study on the Value of Treatment, as well as a European Population Neuroscience Strategy.

To anyone interested in becoming an Ambassador of EBC:

The EBC has the outmost belief that your extensive experience in the field of brain disorders would allow you to play a pivotal role in supporting EBC to successfully complete such initiatives as listed above.

Should you do us the honour of agreeing in principle to expand your collaboration with us beyond 2015, we would be glad to hold a consultation that would determine your concrete level of involvement in this endeavour.

This call, however, shall not apply only to the YotB Ambassadors. If anyone is interested in supporting EBC activities and therefore becoming an EBC Ambassadors, we warmly invite you to contact the EBC Brussels Office.

We are looking forward to your feedback with great interest.