Looking forward to 2016 and beyond 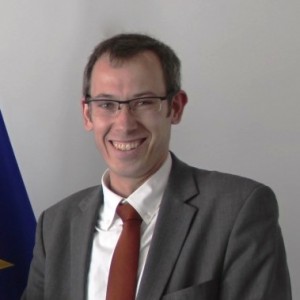 This time of year provides us with an excellent opportunity to look back on the year elapsed as well as to plan ahead for the year to come. We have been extremely pleased within EBC to conduct landmark activities that have confirmed the organisation as the recognised and trusted partner to the institutions that it is and must be.

This materialised last month with the launch of a Call to Action to establish plans addressing the healthy and diseased brain at the national and European levels. We would like to thank all those who already confirmed their support to that Call. The experience from the Polish Brain Council highlighted the importance for these to be put in place with no further delay. Together with all the National Brain Councils -which convened in a first « Academy Meeting » earlier in June, EBC is definitely in a position to be actor of its choices and objectives and we shall continuously work towards achieving these.

EBC’s priorities in advocating for sustained brain research, better prevention and improved treatment have remained at the core of our activities in 2015 with a certain number of conferences and events being organised and attended. Having reported on these in the regular issues of our Newsletter and External Environment Report, we would like to take this opportunity to acknowledge the continuous contribution of Dr Mary Baker, President of EBC 2010-2013, in this regard, particularly as EBC’s Year of the Brain finishes with 2015.

Internal co-operation was also key in the last 12 months of activity of the organisation. A new dynamism has animated the Board of EBC and this spirit of collaboration has led to productive meetings and decisions, in particular with the adoption of a new Consensus Document for Brain Research in Europe. As the Paper will soon be published, we would like to thank all of those who contributed so actively to producing and improving this document.

This also allowed EBC to pave the way to a new ambitious project on the « Cost of non-Treatment / Value of Treatment » whose Phase 2 will be launched on 27th January 2016. This will set a new landmark with the contemplated release of a new study likely to become a new reference publication for the organisation.

This positive spirit also extended to the Executive and Brussels Office of EBC, where a new team is now taking its marks to serve the organisation with dedication.

In this regard, we pay a particular tribute to our colleague and friend Pedro Montellano who has left us a few months ago. This short overview of our activities is dedicated to him, who has served the cause of patients with an ever lasting commitment.

We look forward to a New Year full of achievements.