A European Plan for Brain Disorders “should be developed”. The Polish example 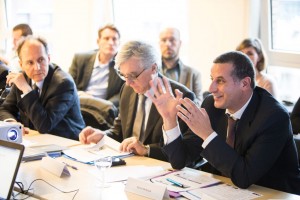 The European Brain Council’s (EBC) Call to action for the creation of a European plan, as well as separate national plans to address brain health was met positively by a mixed audience of policymakers, patient advocates and industry partners present at related launch event organised on 17 November, in Brussels, Belgium.

EBC also provided proof that such a venture can succeed by presenting the only existing national brain strategy in Europe: the Polish Brain Plan that is currently being developed.

“I agree with the recommendation of the EBC – each member state should develop a comprehensive strategy for brain diseases. It would also be very important to have a general European strategy.”

Comprehensive was also the term used by one of the main architects behind the Polish Brain Plan, multiple sclerosis (MS) patient Izabela Czarnecka.

She mentioned that 13 million people out of a total population of nearly 40 million living in Poland will be affected by a brain disorder at some point in their lives:

“The Polish Brain Plan exists because we need a comprehensive strategy looking at every aspect of our lives – not only reimbursement, but also aspects such as social inclusion and raising social awareness.”

The Polish plan is organized around three main areas: i) increase public awareness regarding the social, budgetary and personal consequences of brain disorders, ii) address problems related to limited access to medicines, therapy and rehabilitation, iii) iintroduce changes to ensure funds are spent effectively within the health-care system. 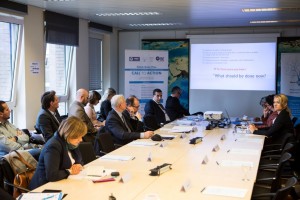 Also present at the event, World Health Organisation (WHO) Chief Scientist Roberto Bertollini said that brain disorders should receive the attention they command because of the huge burden they inflict on public health systems:

“Brain disorders have been marginalised, confined in a corner without being part of public health programmes.”

To give just one example of the scale of the challenge posed by brain disorders, Dr. Bertollini mentioned that 7,7 million new cases of Alzheimer’s Disease are diagnosed every year worldwide.

Reverting to the Polish example, the burden of brain disorders is also reflected by the spread of one of the most prevalent brain disorder – depression. According to Malgorzata Galazka-Sobotka of Lazarski University, 1,5 million people are currently living with depression in Poland. 80 percent of them are of working age, incurring significant losses both for those affected and for society. Depression is equally fatal as breast cancer, and even more than pancreatic and prostate cancer.

Health and societal challenges, high on the EU agenda

Tackling the most pressing societal challenges is the key objective of the Europe 2020 Strategy, designed to turn Europe into “a smart, sustainable and socially inclusive market economy”.

Also, the Treaty on the Functioning of the European Union stipulates that a high level of human health protection shall be ensured in the definition and implementation of all European Union policies and activities (Art. 168)

Healthy brains need to be put right at the heart of Europe and its 2020 Strategy if indeed we are to increase Europe’s economic competitiveness. Year of the Brain Ambassador Prof. Martin Rossor said:

“It is only with a healthy brain that we will solve so many of the challenges that face modern societies. Brain Health equals National Wealth.”