1 in 3 Europeans fit under the umbrella – do you? 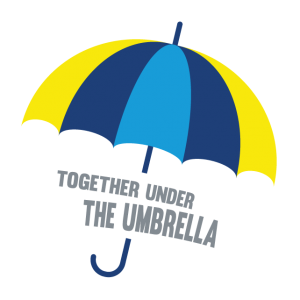 ‘Together Under the Umbrella’ is an innovative European campaign to be launched during Brain Awareness Week. Aiming to educate society on the range of brain disorders and the number of people affected and to raise awareness of the impact and prevalence of these conditions. The colourful website is a hub featuring information, resources and ideas of ways to get involved.

The Campaign, initiated by EFNA, the European Federation of Neurological Associations is linked to EBC’s Call for Action.

The campaign is in response to demands by EFNA’s members to ‘brand the brain’ by grouping all brain disorders under a common symbol. Ahead of the launch on 15 March we invite your organisation to sign up to support the campaign here.

“I’m getting #UnderTheUmbrella to raise awareness of brain disorders.”

And if you do use Twitter the hashtag is #undertheumbrella with the following slogan ‘1 in 3 Europeans fit under the umbrella – do you?’

Together Under the Umbrella aims to lead to an increase in public, political and scientific support for all brain and brain-related disorders, resulting in reduced stigma. The campaign asks you, the patient community, healthcare professionals, the general public, and high profile figures to take and share a picture of themselves under an umbrella using the hashtag #UnderTheUmbrella.